The U.S. Dollar index advanced against a basket of six major currencies by 0.16 percent to end Thursday’s session in the green. 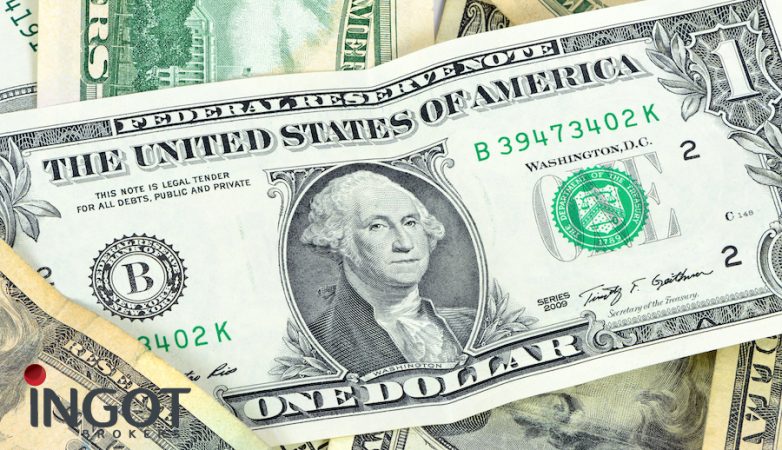 The U.S. Dollar index advanced against a basket of six major currencies by 0.16 percent to end Thursday’s session in the green at 94.98. Furthermore, the U.S. Dollar suffered from losses after U.S. President Donald Trump’s comment that he was not thrilled about interest rate hikes,  eventually, the U.S. Dollar reversed its losses to settle higher at the end of the session.

On Thursday, the United States President Donald Trump showed his dissatisfaction about the Fed’s monetary shrinking and interest rates increase; he continued saying that he will not interfere with the U.S. central bank’s decisions, which led the U.S. Dollar to face some downfalls but still ending the session in the green.

Meanwhile, the Euro rose against the Greenback where the single currency edged higher by 0.18 against the U.S. Dollar to close the session in the green at 1.16410 EURUSD.

In the United Kingdom, the Sterling dropped against the Greenback by 0.41 percent to end the session lower at 1.30143 GBPUSD at the close. The GBPUSD fell below 1.30 for the first time in 10 months, due to a weak economic data accompanied by June’s retail sales declining by 0.5 percent disregarding the expectations, which helped to extend falls.

Meanwhile, the Sterling performs better when measured with currencies other than the Dollar, which suggests that the main reason for its downfall is the rising Dollar.

In terms of the safe-haven assets, the Japanese Yen fell against the Greenback by 0.35 percent to settle down at 112.449 USDJPY. Moreover, the Swiss Franc also declined around 0.05 percent against the U.S. Dollar to end the session lower at 0.99839 USDCHF.

Elsewhere in Canada, after the Canadian Dollar incurred losses this week, it has surged against its U.S. counterpart to gain around 0.78 percent to trade higher at 1.32712 USDCAD at the close, caused by Donald Trump’s comments on interest rates and the U.S. central bank’s policy.

Regarding the Kiwi Dollar, the currency fell against its U.S. counterpart by 0.78 percent to close in the red at 0.67403 NZDUSD. To continue with, the Aussie Dollar witnessed huge losses by around 0.57 percent to settle lower at 0.73548 AUDUSD, affected by Donald Trump’s statement on interest rate increases and the Feds monetary policy.