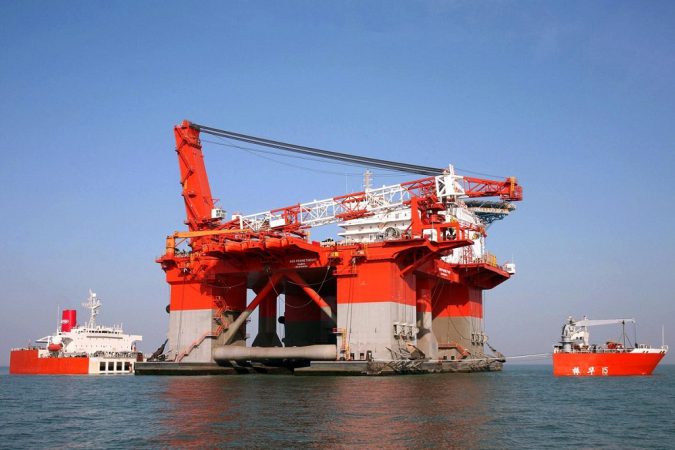 March has been a month of up side for oil prices as top crude-exporting countries indicate they may extend output curbs beyond this year, adding momentum to a monthly rebound.

For the month, futures in New York posted a 5.4 percent increase. The surge during the month of March effectively erased February losses fueled by mounting American stockpiles.

At a conference in Baghdad Iraqi Oil Minister Jabbar al-Luaibi said some OPEC producers and allies are considering prolonging efforts to drain a global supply glut up to the middle of next year.

Meanwhile, the rapid increase in American crude production, which has topped 10 million barrels a day each week since early February, has placed a lid on prices that have remained below January’s three-year high of $66.66.

West Texas Intermediate for May delivery gained 56 cents to settle at $64.94 a barrel on the New York Mercantile Exchange, with prices posting a third-straight quarterly gain, the longest streak since 2011.

Brent for May settlement, which expires Thursday, added 74 cents to end the session at $70.27 a barrel on the London-based ICE Futures Europe exchange. The more-active June contract rose 58 cents to settle at $69.34. The global benchmark traded at a $5.33 premium to WTI. The European bourse, along with Nymex, will be closed for the Good Friday holiday.

At the same energy conference where Iraq’s Al-Luaibi spoke, OPEC Secretary-General Mohammad Barkindo said the group is looking for long-term cooperation with other global producers.

In the U.S., the most recent Energy Information Administration data showed that while crude inventories ticked higher, gasoline supplies shrank. BNP Paribas boosted its 2018 WTI and Brent forecasts amid OPEC’s efforts to balance markets and the geopolitical fallout from tensions between the U.S. and Iran.

“People are focused on the fundamentals of oil and they are very strong right now,” Phil Flynn, senior market analyst at Price Futures Group Inc. in Chicago, said by telephone. “We are seeing very strong demand for oil around the globe. As refiners come out of maintenance, we are going to be in a very tight marketplace.”

Be a miner than a speculator to earn more in cryptocurrencies, study says