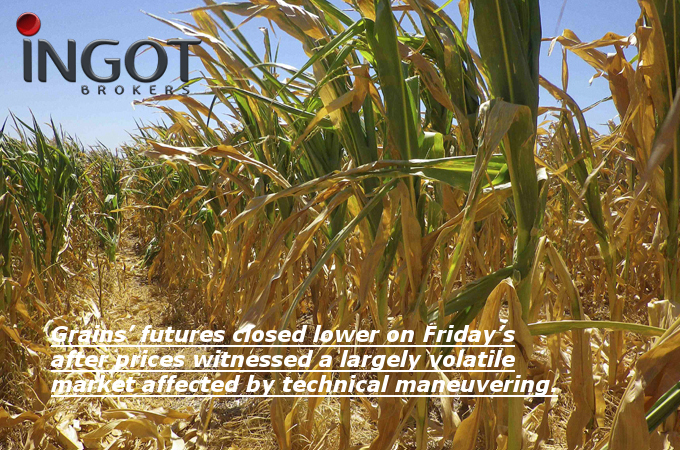 In terms of weather news, expectations showed that June begins with plenty of above-normal temperatures across much of the central U.S. However, the cooler-than-average weather is expected to arrive in many areas this weekend and early next week.

CBOT July futures dropped on Friday pressured by around of technical selling, Wheat July contract closed at 5.23 USD per bushel at the session’s close.

Furthermore, France AgriMer lowered its estimates of corn rated good or excellent from 86 Percent to 84 percent, with the warm, dry conditions pervasive across much of the area.

Chinese state companies COFCO and Sinograin have bought at least ten shipments of U.S. soybeans in recent days, although Chinese buyers say they are still uncertain about purchasing U.S. soybeans as trade tensions between China and the U.S is still present.