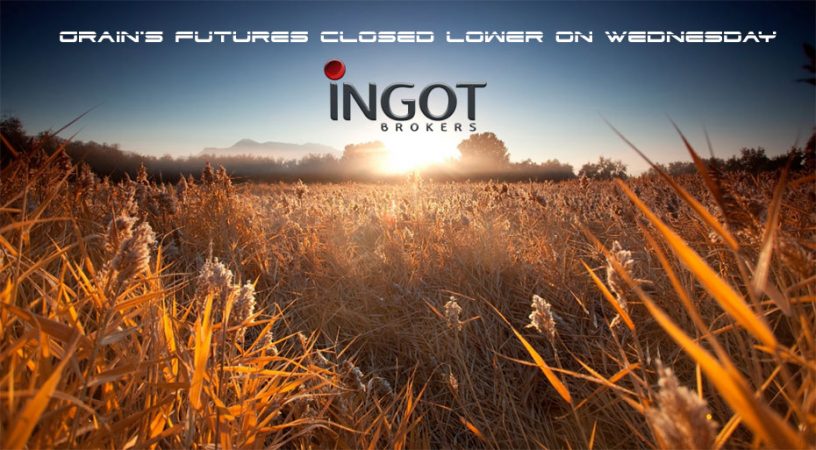 Soybean prices are continuing to fall due to lack of progress regarding U.S.-China trade, while Wheat prices are also down caused by improving weather forecasts.

Oil prices fell on Thursday, pressured by an increase in U.S. Crude oil inventories and expectations that OPEC could improve output at a meeting in June.

CBOT July futures dropped Thursday as USDA upgraded the 2017/18 winter wheat crop’s quality ratings, with more rain in the Plains possible over the next several days, Wheat July contract closed at 5.22-3/4 USD per bushel at 6:00 GMT.

China sold 5.8 million bushels of its state reserves of wheat at auction Wednesday, which was less than 8 percent of the total available for sale.

CBOT July Corn Futures slumped Wednesday after technical sellers stepped in due to bullish news from yesterday’s crop progress report. July and September futures each fell 6.5 cents to close at 3.925/2 USD per bushel.

Turkey has purchased 7.9 million bushels of corn from international tenders that closed Tuesday and for shipment in early June.

South Korea issued an international tender for 2.8 million bushels of corn originating from either South America or South Africa, for arrival in late August.

CBOT July Soybean Futures continue to stress over unresolved U.S.-China trade tensions, with the latest shot fired from President Donald Trump at his own U.S. Commerce Secretary Wilbur Ross, calling the 80-year-old “past his prime” ahead of Ross’ trip to China this weekend. July futures were down 7.5 cents to 10.22/4 USD per bushel.

Iraq issued an international tender to buy 30,000 metric tons of soyoil from optional origins and for shipment in September.

Preliminary volume estimates were for 276,343 contracts, up moderately from Tuesday’s final count of 223,694.