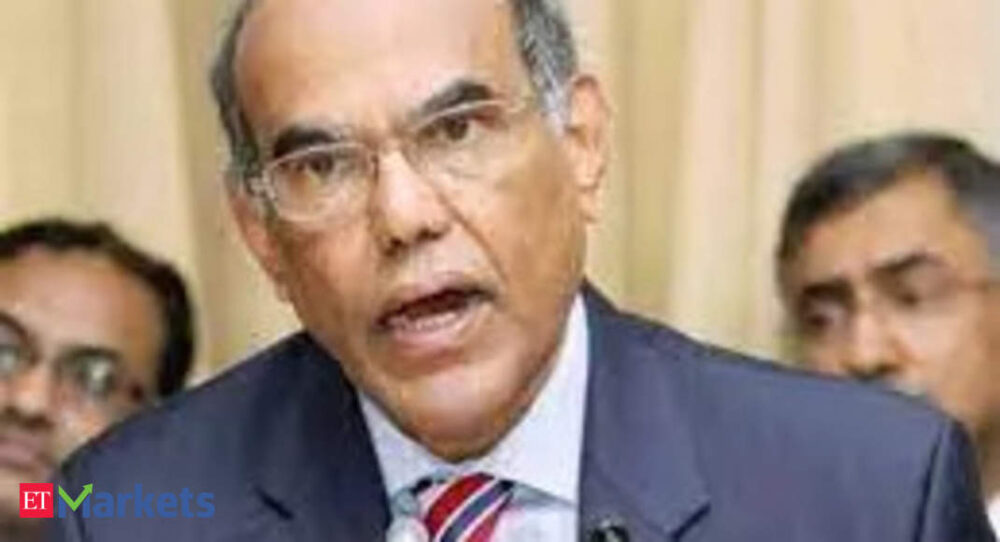 MUMBAI: With the Reserve Bank of India (RBI) all set to launch a pilot project for its central bank digital currency (CBDC) come December, former RBI Governor Dr D Subbarao says it must not be an interest-bearing instrument, as that would pose an existential threat to the banking system.

In an interview with ETMarkets.com, the former governor said the intermediary function of commercial banks would come under stress if the CBDC offered by RBI becomes an interest-bearing instrument.

A central bank digital currency (CBDC) is a virtual version of the sovereign currency of the country and is issued by the central bank. This is different from cryptocurrencies like Bitcoin, issued by private parties.

“I don’t believe CBDCs should pay interest, because if they do, then they are not a currency since currencies don’t bear interest,” the former governor said.

An interest-bearing CBDC will work in the following manner: the central bank will allow citizens to hold accounts with it directly where their hard cash could become digital cash or digital rupee. Since RBI will act as the provider of the deposit facility, it could pay an interest on the same like commercial banks do currently.

“If CBDC accounts with the central bank offer interest, then there will be an incentive for people to move their deposits in the banking system to CBDC accounts,” Subbarao said.

The former finance secretary said if CBDCs do end up bearing interest, they could adversely affect the money supply in the economy.

Subbarao feels a major concern surrounding central bank digital currencies is that they may erode the intermediation function of the commercial banks. However, the former governor is of the view that these fears may not materialise since in the base case RBI’s CBDC may not bear any interest to the holder.

As for the impact that CBDCs can have on money supply, Subbarao sees no reason to presume that individuals would be motivated to do more transactions merely because they have a digital version of the cold hard cash.

“CBDC will have limited leverage in financial inclusion,” he said.

Bitcoin founder Satoshi Nakamoto immortalized in Budapest: Is it the beginning of an even more inclusive global existence for cryptocurrencies?