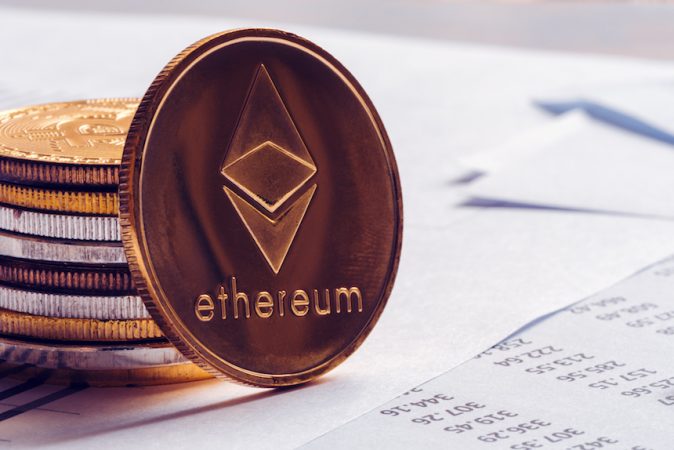 Ethereum, the 2nd largest cryptocurrency by market cap, fell 6% after a report by Wall Street Journal revealed that it is under regulatory scrutiny. ETH prices dropped as regulators are exploring whether cryptocurrencies must be considered as securities. Cryptocurrencies have enjoyed great popularity and many have taken advantage of the benefits that it offers. However, both U.S. securities and commodities regulators are wondering whether the same rules stocks must apply to cryptocurrencies. Until now, digital currencies have not been included in the major crackdowns done by the Securities and Exchange Commission (SEC).

Some regulators consider the creation of Ethereum as illegal. According to the regulators, the founders of cryptocurrencies apart from Bitcoin may be able to influence the price as they have too much control over the value of the virtual currency.

The Commodity Futures Trading Commission treats cryptocurrencies as commodities, but the SEC disagrees and claims that virtual currencies are securities. The SEC said that they’re making plans to apply the same rules for securities to cryptocurrencies. Senior officials of the SEC and CFTC will discuss the topic on Monday.

The Ethereum foundation was able to sell 60 million Ether and raise over 31,000 Bitcoin in July 2014, which was worth $18.3 million at the time. Ethereum, the company behind the cryptocurrency Ether, used blockchain technology to develop a platform for applications. The company launched Ether to raise funds for the platform. Since investors projected that the launch would boost the value of assets, the deal resembled a security. There’s currently an enterprise called the Ethereum Alliance consisting of companies J.P. Morgan and Microsoft. The enterprise is looking for new uses for the Ethereum blockchain.

Ether supporters submitted a proposal to the Securities and Exchange Commission asking for a broad regulatory exemption as Ether is mined by various participants and has become so decentralized it shouldn’t be considered as a security.  However, the situation remains vague.

What Influences the Cost of Ether?

The value of Ether is influenced by different factors such as its creation through mining, reward programs to categorize vulnerabilities and bugs, cryptocoin circulation and the role of contributors who improve the platform. For regulators, such factors are enough to deem Ether a security.

Former CFTC chairman Gary Gensler said that there’s a strong case that one or both of Ripple and Ether are non-compliant securities. Ether was trading near $652, but its market capitalization is now down to almost $65 billion following the update.