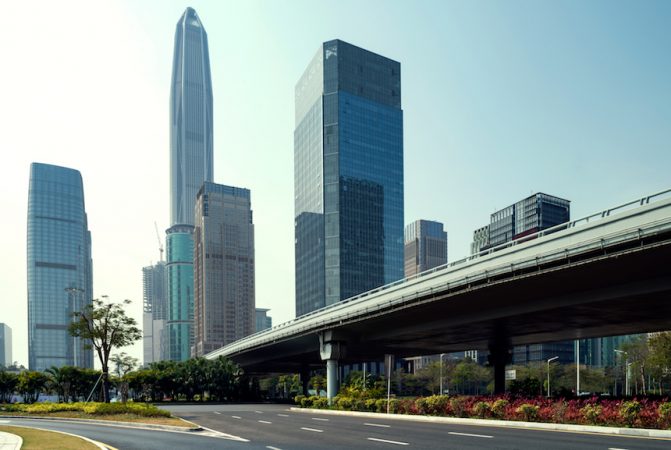 While warnings of some financial risks sound on the Chinese Belt and Road Initiative, global banks are reportedly still seeing some promising opportunity. In a recent interview with a major news outlet, Marc Merlino, the global head of Citi’s world subsidiaries group pointed out that banks, corporate and institutional investors have opportunities in the initiative.

The Chinese initiative is geared towards connecting Asia, Africa, the Middle East and Europe to a vast transport and logistics network using railway tracks, airports, ports, roads, fiber optics, and even transnational electric grids. It is widely seen as China’s attempt to construct a huge, multi-national zone of political and economic influence, with Beijing being at its core.

Merlino said that there are “several levels” of possible opportunities for investors and went ahead to highlight activities and infrastructure surrounding the major projects in the plan. “It is the opportunity for micro-infrastructure beyond core projects. All knock-on effects…if, for instance, building railroads, there is going to be several services and goods moving. You’ll need warehouses, distribution capabilities. That is where private investors will get more involved.”

A recent report that was published by Nomura indicated that new projects will lead to a demand for infrastructure and goods. This economic boost is going to benefit both brokers and lenders, the report detailed. In fact, Citi says it sees an increased institutional and corporate investment in the initiative, which Marc Merlino says will be way bigger than what the Chinese government estimates.

The report by Nomura quoted Chinese officials from the Ministry of Commerce and noted that in 2007, Chinese enterprises invested up to $14.4 billion in the Belt and Road projects. This accounted for about 12% of the country’s sum outbound foreign direct investments. Over 7, 200 new initiative-related contracts were signed for an approximate total value of $144.3 billion.

Global banks have a major role in the long-term debt financing and the initiative’s initial construction phase. However, Citi has as well been investing significant resources into supporting multi-national companies that are involved in the Chinese initiative, Merlino conveyed. That is despite the risks which could be linked to the huge initiative.

A recent study published in March revealed that risks associated with debt in 8 countries have, in some way, been elevated due to the countries’ participation. In fact, out of the 68 countries that have been identified as possible borrowers, 23 had a “quite high” debt risk, reports the study.

The Nomura study flagged the risks as well. “Infrastructural projects can face uncertain returns, long pay-back periods and possible default risks as a result of political or regulatory risks in recipient countries, which will increase the financial risk for the investing entity,” it elaborated.

However, Marc Merlino points out that despite these warnings, the banking sector is “positioned well” for such higher risks. “I think the risks linked to large project construction are understood very well within the banking industry. Overall, such a risk tends to be a little higher than corporate risks since you have geopolitical risks, and completion risks. But, the banking sector understands this, and it’s well positioned to handle it,” he said.

Chinese Household in Trouble for Stealing Power to Mine Cryptos