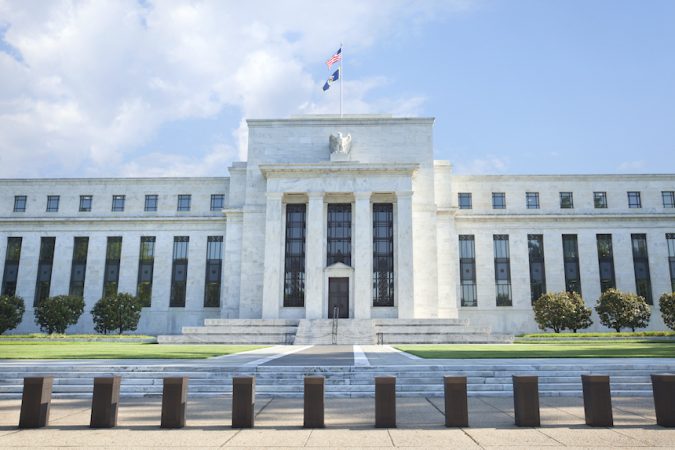 On Thursday, global stocks weakened, pushing the United States’ equity futures into the red even as the dollar keeps strengthening following concerns over a possible trade war between Beijing and Washington DC and the Federal Reserve’s rather hawkish tone on the rates of interests yesterday.

Within the first ninety minutes of trading, the index of Stoxx 600, Europe’s broadest share prices measure, slipped 0.23 percent to 386.56 points as the corporate earnings calendar weighed down Germany and France. London’s FTSE 100 fell by 0.15 percent, with its support coming from the weak pound trading close to its low in 2018 at 1.3610. This is after the softer-then-expected readings of the service sector growth in April.

Adidas AG shares fell by 1.3 percent after the sportswear company posted first-quarter stronger-than-expected earnings. However, the firm said that Reebok, its struggling brand, keeps weighing down on its bottom values.

Early indications from United States equity futures indicate some modest pull-back on Wall Street, with the contracts being tied to Dow Jones Industrial Average showing implied losses of about four points at the start of trading, while those contracts tied to S&P 500 indicate a 0.12-point dip for the wider benchmark. The futures of Nasdaq Composite are trading with a decline of two points.

Tesla shares were marked very sharply lower on Thursday in pre-marketing trading after Elon Musk, the company’s CEO urged investors to go ahead and sell the company’s stock and not buy it during a somewhat extraordinary conference call. This is after the car manufacturer recorded first-quarter loss. It shares fell by 4 percent, which indicated an opening price of $289.00 per share, a development that extended its year-to-date decline over 7 percent.

In Asia, the dollar surged overnight past the year-to-date high against 6 global currencies after the Federal Reserve’s signaling of not less than 3 more rate spikes between now up to the end of this year. The statement by the Federal Reserve, which helped to take the U.S dollar a 92.60 index, affected many other stocks, with Japanese Nikkei 225 falling by 0.16 percent and closing at 22, 472.78 points and MSCI Asia ex-Japan sliding 0.56 percent.

Sentiment was also cautious as well as several investors awaited news from some heavyweight team headed to Beijing to discuss security and trade matters.

Steve Mnuchin, Treasury Secretary, Robert Lighthizer, Trade Representative, Wilber Ross, Commerce Secretary, and Peter Navarro and Larry Kudlow, the White House Advisers are expecting to achieve a breakthrough and clear the air about a possible trade war which has elicited some tariffs on China’s imports worth $50 billion into the US and the reactionary heavy levies on agricultural products into China.

President Donald Trump’s Twitter handle published a tweet on Thursday 3rd May 2018 saying: “Our financial team has headed to China to negotiate level playing field as regards trade!…We’ll always have a great relationship.”

Plus500 Reports 228% Increase in New Customers