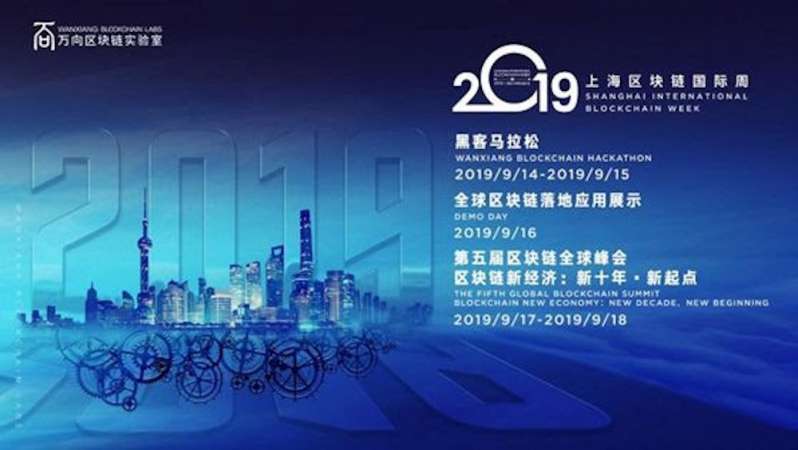 The presence of vanguards and industry leaders from across the globe in Shanghai made the summit something. Hot topics such as adoption challenges, privacy, scalability, blockchain innovation and more took center stage as experts and pioneers gave voice to the new developments and innovations occurring around the globe.

Over 120 participants joined the hackathon on the first day and 28 teams were formed, varying in member size, with themes to choose. With a specific focus of “blockchain and the automotive industry”, competitors spent 26 hours creating projects from zero to one. Finally, six teams won the grand prizes offered by Wanxiang Blockchain Labs and one team won the special $10,000 prize offered by Qtum. The one winning team also went on stage the next day for Demo Day, demonstrating their project before one thousand people.

As the first chapter of Shanghai International Blockchain Week, Wanxiang Blockchain Hackathon served as an open platform where developers were able to make the best of their creativity and imagination. It also provided an opportunity for enterprises to understand the possibility of combining blockchain technology with their own businesses. It is also the underlying goal of Wanxiang Blockchain Hackathon to enable more blockchain solutions for real-world issues.

With the rapid developments in the industry, we have seen blockchain technology and its applications changing the way we conduct business and participate in social processes. On Demo Day, 18 blockchain-oriented startups and projects, including bloXroute Labs, CovenantSQL, Beosin-Blockchain, KeyShard, dRoute, Chainlink, Banquanjia, zkPoD, dfuse, MYKEY, Tassat, aitos.io, AlphaWallet, PCHAIN, Taraxa, KILT, SKALE Labs, Lightnet, with their respective fields of application, presented their progress and development to industry participants, offering a unique opportunity for attendees to understand the promise and potential value of blockchain technology.

This year marks the beginning of a new decade for blockchain, and explains how the summit was presented around the theme ‘New Decade, New Beginning’, and tried to explore new trends for blockchain technology in the decade ahead. Over 1200 people joined the summit and more than 50 vanguards and industry leaders attended, including Vitalik Buterin, Founder of Ethereum, Gavin Wood, Founder of Polkadot, Jae Kwon, Founder of Cosmos, Dawn Song, Professor at UC Berkeley & Founder and CEO of Oasis Labs. Topics and focus included Libra, blockchain and financial infrastructure, DeFi, investment trends, distributed business, staking economy and more.

In addition, Wanxiang Blockchain announced a strategic partnership with Karma Automotive at the summit. Vincent Wang, CIO of Wanxiang Innova City, shared his views on how blockchain is helping to shape the next generation smart city. He also explained how Wanxiang Innova City is an enabling ecosystem open to all projects and enterprises, and why it should be built by different collaborators.

Wanxiang Blockchain Summit is also an open platform where industry players are able to exchange their ideas and discuss how to promote the development of blockchain. Blockchain is an open community, noted Dr. Feng Xiao, President and CEO of Wanxiang Blockchain in his closing speech, and a self-organization and an activity in which everyone can participate. “It is such an honor to bring so many industry partners together to promote the development of blockchain technology.”

Are the Altcoins Ready for Regulatory Clarity?