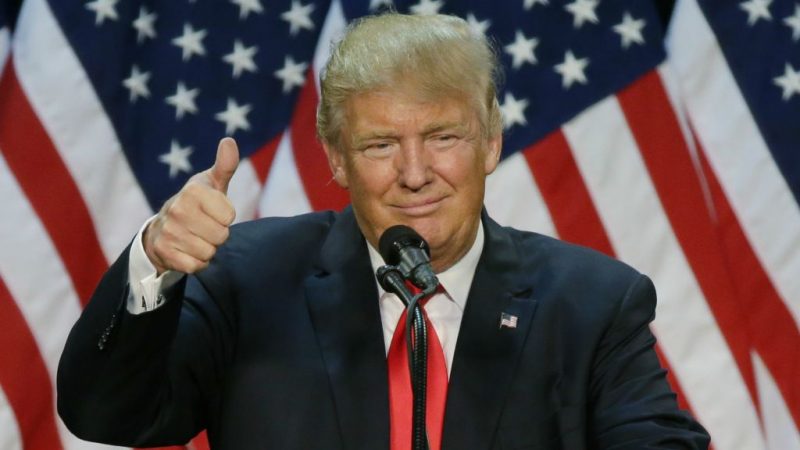 Following the stumbling of the United States’ stock market in recent weeks, President Donald Trump’s billionaire backers have lost a collective total of approximately $11.6 billion (£8.4 billion). Donald Trump had previously touted hiking stock markets values as a confirmation that the pro-business policies his regime advocates for were working. He has, however, remained silent on the current stock market situation even as company valuations keep plunging.

Statistics from Bloomberg Billionaire Index show that of all Trump’s donors, the fortune of Sheldon Adelson sank the most. Between January 26th when S&P 500 share index was at its top value, and Monday this week, the market close, the tycoon wealth had fallen by $2 billion to $37 billion largely because of the drop in Las Vegas Sands’ share price. Las Vegas Sands is the globe’s largest casino operator.

Mr. Adelson, 84, played a major role in Donald Trump’s election victory, often showering various Republic Party campaign groups with millions of dollars before the elections, reported the New York Times. Other pivotal contributors to Trump’s campaigns who have seen their fortunes sink in sync with U.S stock market include Harold Hamm, an oil magnate, who has lost about $1.8 billion, and Bernie Marcus, the co-founder of U.S retailer, Home Depot. Bloomberg’s calculations estimate that Mr. Marcus lost about $1 billion.

However, while the losses seem significant, they have done very little to hurt President Donald Trump’s rich contributors over the long term. According to Bloomberg’s ranking, the twenty four individuals that are among the globe’s 500 wealthiest and who also contributed money to Donald Trump’s campaigns had a combined total fortune of $218 billion as of February 12th. This is an increase of up to $27 billion since the election of 2016.

Donald Trump has on various occasions boasted about the good performance of the U.S stock markets. The president’s Twitter handle published a tweet on 5th January saying that “Dow rises from 18, 589 on 9th November 2016, to today’s 25, 075, for a new all time…records fastest 1000-point move in history…$ 6 trillion in value created.”

However, Trump seemed to change tack when share prices began crashing into the correction territory earlier last week. Dow Jones Industrial Average, which is a measure of thirty leading shares, registered 2 days of 1000 point falls, prompting the U.S President to start focusing on other indicators like infrastructure spending and jobs.

His Twitter handle, on Sunday, published a tweet that read: “Up to 4.2 million hard-working Americans have received large Bonuses and/or Pay Increases already as a result of our Tax Cut and Job Bill that was recently passed…and it’ll only get better! We’re far ahead of our schedule.”