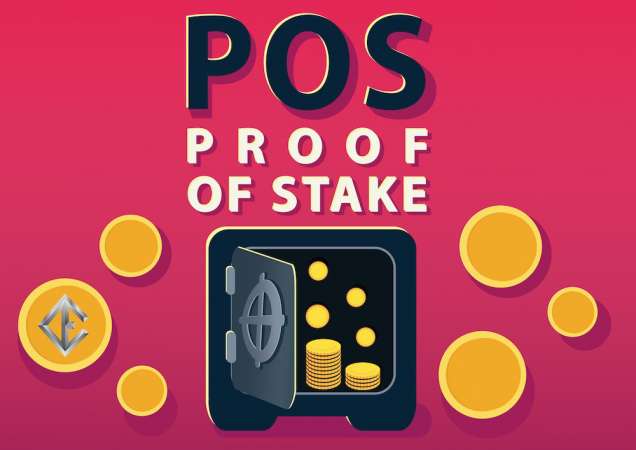 The crypto scene is a constantly evolving world. Since it’s inception, the crypto industry counted on PoW (Proof-Of-Work) algorithm to mine coins. For example, Bitcoin, the earliest of cryptocurrencies, is generated through mining. But the current scene seems to be have inclined more on the emerging PoS (Proof-Of-Stake) over the traditional PoW.  Why so? Well, the post below offers a brief on PoS algorithm followed by a brief on its advantages.

Crypto staking is almost like receiving interest from bank deposit. Coin holders here will lock a certain sum in digital wallet first. Then, they would have to wait for a  specified time to receive the scheduled rewards. The good news is, unlike bank deposits, coin staking won’t charge coin holders negative interests.

PoS is way more economical and faster compared to PoW mechanism. In this case, users are just needed to display their ownership of a specific sum of cryptocurrency to claim rewards. The PoS system selects users for block creation in a kind of pseudo-random way, based on their specific stake. Unlike PoW system, in PoS, blocks aren’t mined- rather these are minted or forged. The validators here are termed as “forgers”. It’s the forgers who put a specific sum of coins as a stake prior to validating transactions. Any kind of malicious behavior will be penalized here.

Benefits of PoS or coin staking

There are reasons galore why the current crypto scene is positive about the future of PoS.

DTEP is one rising token based on this cutting-edge PoS consensus algorithm. Launched by DeCoin exchange, the token promises 6.2 percent staking rewards annually to the token holders. Being based on PoS, DTEP is always more economical and more secured than other regular tokens – and also a greener alternative. Decoin exchange follows a unique revenue sharing model where 20% of its revenue is shared with DTEP coin holders.

Cryptocurrency Security Threats on a whole new level: What is the future for Private Key Security?