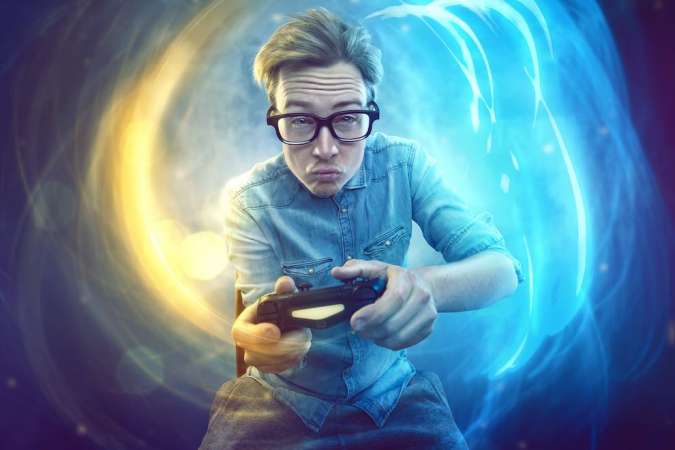 Who does not like to play video games? The thrills you get from playing for hours wishing each level tries was the last. You just don’t want to give up. I was playing Halo sometimes ago on my laptop, obviously, I was engrossed with playing so much that I had lost track of time- I was literally in the game. I could remember vividly how I dodged shots fired at the character physically. It was funny as those around me also laughed at me. I still remember the scene and I could not stop to wonder what life will be without video games. You can’t outgrow playing games because it is interesting.

The blockchain has not left the gaming industry out of its touch. There are innovative ideas built on the blockchain to help decentralize eSports and reward gamers for their hobbies. I have seen the likes of SteemPacMan which is the traditional Pac Man built on the Steem blockchain. You are rewarded with STEEM for your scores- It is a good way to kill time and earn a few bucks. There is the Steem Monsters- a card game based also on the Steem blockchain for Card game lovers. There are others which are built on other blockchains- Follow Ken Bosak on Twitter, He posts frequently about some that he plays.

If you haven’t heard of Plair, well, now you are hearing about it. It is an eSport gaming platform built on Vechain to help gamers generate funds playing games and having fun. There are tournaments conducted from time to time for gamers all over the world to challenge each other. They are conducting their alpha test with few members. The beta platform will be open soon enough for gamers to use.

The blockchain technology still has vast undiscovered areas even in the gaming industry. For example, there are gamers who play games on YouTube for viewers to watch. These gamers rely so much on advertisement revenues from the platform. With rising gaming platform, these people can easily monetize their contents without relying on adverts. Blockchain devs can easily make game collectibles into tradeable cryptocurrencies which can be sold. Viewers who cannot play these games can also earn for viewing these videos as the blockchain tech can make these possible. There can be decentralized exchanges to trade game data, tutorials, and collectibles for real money. The possibilities are endless.

Our Responsibilities as Believers

Through the development stages of blockchain games and platform, we can only dream, speculate and encourage developers to continue working hard for the good of all. As enthusiasts, investors, and developers, we must continue to see a great future for blockchain and cryptocurrency. These techs have endless potentials that we must continue to talk about to increase its adoption. It won’t be too bad if the blockchain is the future of the internet or say internet next Gen.

At the Currency Analytics, we believe in the endless possibilities of blockchain application. This is why we make sure to share cryptocurrency news that is Real, Unbiased, and up to date. At our core is the REAL protocol which we use to fight against fake news in the cryptocurrency media. We believe in the truth and we share it. If you believe in the truth, join us and invest in the blockchain future through the TCAT token. Fight fake news buy TCAT token- listed on CoinMarketCap.