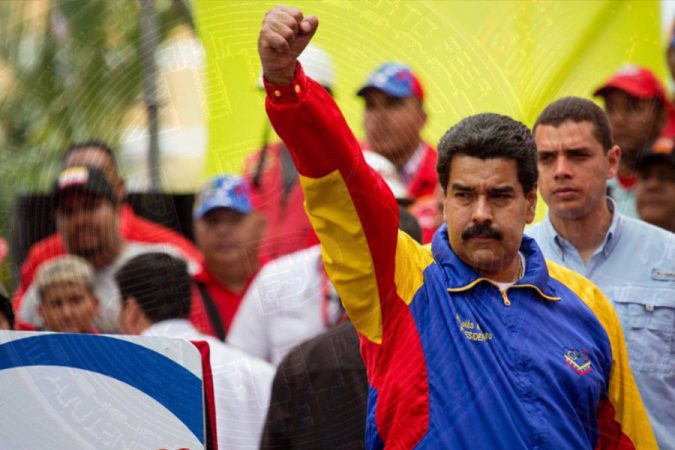 The Venezuelan government has taken serious actions against two crypto exchanges in the country. The crypto trading platforms allow their customers to send remittances abroad and convert between multiple digital currencies and bolivars.

Operation Paper Hands
The government’s operation dubbed “Operation Paper Hands” started a new phase earlier this week, “dismantling three illegal remittance platforms, Rpaidcambio, Airtm, and Intercash,” Tarek William Saab, Venezuela’s Prosecutor General conveyed. The government official said that “this operation by the government is the biggest anti-litigation procedure in Venezuela’s history, and at present 112 individuals have been apprehended, 107 of whom have appeared in court already.”

Operation Paper Hands “seeks to take serious actions against companies and individuals who have incurred misappropriation as well as spreading false information regarding exchange rates,” the Prosecutor General elaborated. He added that “the government has frozen 1,382 bank accounts so far, with amounts more than 711,967 million bolivars, that’s about $10.6 million, being blocked.” Moreover, the official pointed out that he has requested relevant authorities to conduct 104 more raids, issue 40 arrest warrants, and block an additional 247 bank accounts.

Charges Leveled Against the Exchanges

The Prosecutor General indicated that the three exchanges operated through their business websites that were registered abroad, besides also conducting crypto activities on Twitter and various other social media platforms. Saab adds that the exchanges used international bank accounts some of which are based in the United States, Panama, Ecuador, and Chile. Therefore, the crackdown only affected the exchanges’ operations in Venezuela.

Saab further explained that “in those bank accounts, the trading firms received cash deposits or transfers, which they then converted at very high and unrealistic exchange rates.” The official said that he has spoken to the President to develop new detention centers where “these criminals can be held.”

Rapidcambio was already shut down at the time of penning this piece. The exchange posted an announcement on its website asserting that it has “often demonstrated its honesty, true commitment, responsibility, and seriousness to offering services to all the Venezuelans abroad.”

Further, Rapidcambio emphasized that it has “never set neither has it tried to fix the market prices,” adding that its “exchange rates are always directed by the Law of Supply and Demand, without any impositions.” The crypto trading company, nonetheless, concluded that “unfortunately, we’re in need to shut down our operations indefinitely as a result of the National Government’s unjust persecution to exchanges.” The other two exchanges are yet to make any statements.