What if China finally bans Crypto mining?- The Optimistic and Pessimistic Opinions 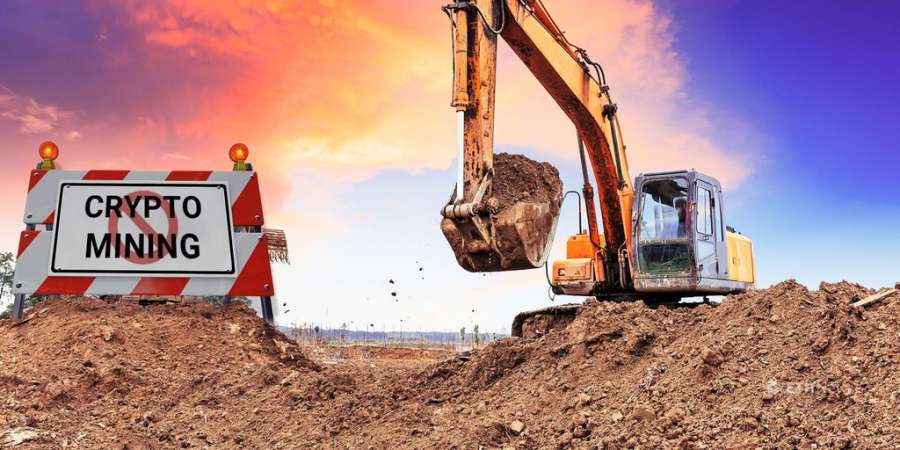 Everybody knows that mining is essential for cryptos which are operating on Proof of Work like bitcoin. Mining is important because it deals with the creation of new tokens and the confirmation of transactions. Miners compete to add transactions on to the blockchain. They do this by solving some complex mathematical equations within the shortest possible time. If a miner finds a block, then he is rewarded with 12.5BTC. The difficulty is automatically increased with an increase in the numbers of miners. Obviously, the difficulty will never decrease if there is a sudden decrease in the number of miners. The block reward is also reduced as more blocks are found. Miners also get rewarded for confirming transactions. Logically, it means the more miners on a PoW network, the faster the confirmation times for transactions.

One of the strongest optimistic opinion on the possible outcome of China’s ban on mining is to shut naysayers who believe BTC is centralized. Up to 50% of bitcoin mining activity comes from China. This is because of the relatively low cost of electricity in the country. Specifically, this made it the best site for a crypto mining rig all over the world. Naysayers believe that Bitcoin is not truly centralized if a larger percentage of its production is from a location. From their perspective, it is possible to control what happens to the whole network if 51% of all mining operation is from China.

Therefore, if China finally bans crypto mining, then it will allow the decentralization of mining power to the rest of the miners all over the world. To the optimistic, it will bring a positive turn to the bitcoin market in the long run.

Practically, it is very easy to see many failures and downturn of events if China decides to ban crypto mining. The fear is not just based on perceived truth, it is based on studied facts over the past few months. Specifically, it has been more than twice that China has threatened to ban crypto mining and the impact on the market in all cases has been negative.

Secondly, at the time of rivalry between BCHABC and BCHSV when the supporters decided to pull off their mining hardware to focus on either part, the result is negative. Pessimistic opinions fear that it is beyond a reasonable doubt that the crypto market will be impacted negatively if China bans mining.

In any Case- China or No China

Although, for a short while the prices of all cryptos may be affected, it does not limit the adoption of cryptocurrency and blockchain technology. PoW protocols are not the only ones in existence today. Even BTC’s PoW gets slaughtered, Ethereum’s PoS, Steem’s DPoS, XinFin’s XPoS, and the Stellar Protocol will be the safe haven for adopters. Essentially, Bitcoin has a lot of substitute waiting for discovery.

The cryptocurrency markets will always be impacted both positively and negatively be news and threats like this. But it does not affect the usefulness and the forward application of the technology. Be sure to subscribe to The Currency Analytics to get more news about the happenings in the crypto world. Join the fight against fake news

Welcome to the Future, where Shop Owners create Loyalty Points on the Blockchain BY THEMSELVES