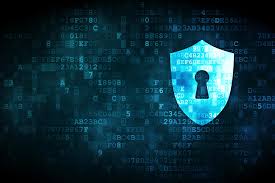 It was as though heavens came crashing after I received a call one morning from a brother about a particular cryptocurrency that was stolen from him. He had put the token on sell order at Etherdelta. The token was supposed to be sold for about 1.5ETH at $180 Ethereum price. His wallet security has been breached.

Previously, we had been talking about the particular crypto. ‘It has a prospect, it shouldn’t be sold for too low a price’ he said. He had placed the token on Etherdelta.io. His sell order was the only one visible on the website. But when I viewed the order books from Forkdelta, I find so many other sell orders apart from his. I told him about this and he decided to check it out.

Forkdelta is a fork of Etherdelta. The order books are somehow connected. You can see the Etherdelta orders on Forkdelta but not vice versa.

He woke up to the shock of stolen funds the next morning. My brother had visited forkdelta.io when I told him about other sell orders. He logged in with his private key. After 15 hours, he noticed that his token had been sold for a much lower price- 0.5Eth, sent to his wallet from the smart contract and sent out to another wallet. He was so surprised that he called me. I could not fathom what had happened knowing that NOBODY should have access to your private key even if you used it to log in to any decentralized exchanges.

Unfortunately, his mistake was that he had logged into a phishing decentralized exchange. He used his private key to log into Forkdelta.io instead of Forkdelta.app. I got to know this after I investigated the matter. There is nothing we can do but to learn from the experience and guard ourselves against further scams.

Cryptocurrency ecosystem and the Blockchain technology are very exciting to play around with. There are limitless opportunities that one can leverage to make life easier. BTC, XLM, LTC, XDC, are all payment methods that are fast compared to the traditional methods. It becomes a hard game when users are unable to safely guard their private keys. It is always advised that private keys should not be kept online but rather handwritten on paper and kept safe.

At The Currency Analytics and FinancialReport24, we always do our best to make sure to update you so you can be alert security wise. Keep your private keys secure and be wary of phishing websites. Join the train to support the fight against fake news with TCA’s REAL protocol.

Opinion | Can Crypto Exchanges join in the Fight against Fake News?