Would you use a Smart Wedding Contract on the Blockchain? The Pros and Cons 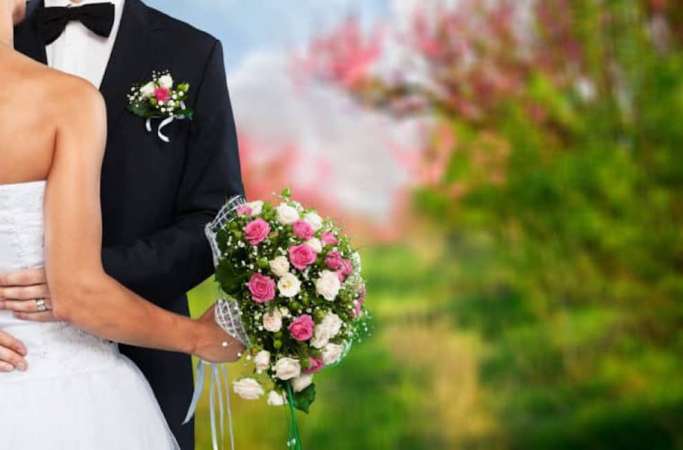 You can say that there is an endless possibility to the use cases of blockchain technology, cryptocurrency, and smart contracts. It has been used for unthinkable solutions such as XinFin’s smart land registry solution, The Currency Analytics REAL protocol (TCAT), etc. The list goes on and on. But each day we wake up to new and astounding possibilities of the blockchain technology. You can just imagine having a smart wedding contract deployed on the blockchain. According to the smart wedding contract prototype, as proposed by Christian Lanz from block42 in a medium post, the contract is most useful in deciding who owns what after a divorce situation.

‘The essence I believe should be more towards strengthening the bond between couples such as applied by Torvekar and Kaluskar on their website.’ As opined by Ayobami from The Currency Analytics. Torvekar and Kaluskar used the Ethereum blockchain to help them ensure that their marriage commitments are upheld. Commitments like how much time to be spent together doing what each partner enjoys, etc.

The use of smart wedding contract as proposed by Christian is very useful and should not be overlooked.

Both smart contract execution given above suggested that the original or physical copy of the marriage certificate be stored using an Interplanetary File System (IPFS) and the hash be stored on the blockchain. This is expedient as storing the whole file on the blockchain will be cost implicating. It will also help couples add an extra layer of security to the proof that they are married. Anything can happen to safeguarded physical certificates such as loss due to fire or natural disaster.

Torvekar and Kaluskar’s application will help the couple strengthen their bonds. This is by helping them spend more times together doing what both parties enjoy.

This kind of contract is very useful with couples who have many assets on the blockchain. Most centralized law system does not recognize cryptocurrency as a legal tender or store of value. Thus, in most cases, cryptocurrencies are not valid assets. For a partner whose significant other is not a Cryptocurrency enthusiast or investor, it is easy to hide most of his or her assets against the touch of splitting in the divorce clause. A smart wedding contract will cub this and help both parties in truthfulness and transparency.

Both applications of wedding smart contracts are deployed on the Ethereum blockchain. This means that assets or funds to be stored are only ERC compliant. If peradventure the funds to be stored are not Ethereum based then they have to be converted else they are invalid. The prototype proposed by Christian does not support savings in stable coins. For a volatile market such as we have today, couples may want their funds in a stable currency.

As identified in some comments, cases of death of a spouse have not been taken into consideration. If this occurs then, the funds or assets in the smart contract remains frozen.

Other people spotted that in scenarios where one of the party refuses to consent on sign divorce despite signing it physically, there could be a real challenge as the smart contract only supports the signatures (private keys) of both parties to change state to divorced.

The wedding smart contract remains useless and cannot be interacted with after the divorce order has been executed. In cases where divorced couples get back together, they have to begin consultation on drafting the clauses of a new smart wedding contract as the old one becomes useless. The old contract should be reusable provided the private keys have not changed.

The blockchain will continue to have its application in almost every aspect of life. Therefore, it is important to keep up to date with these exciting use cases as it may be the turnkey and breakthrough information that you need in your business and work. The Currency Analytics brings you authentic, real and up to date news from time to time- Do subscribe.

Scalability Rat Race between Blockchains: Will it ever END?