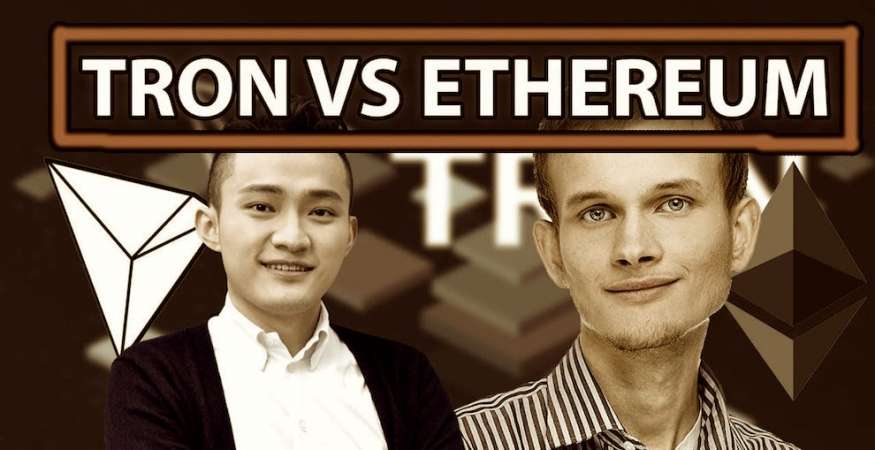 Ethereum had been using the Proof of Work (PoW) consensus algorithm till recently when it began active hard forks to migrate to Proof of Stake (PoS) Consensus.

Proof of Work consensus model allows the confirmation of transactions and creation of new tokens when computers or miners perform complex mathematical calculations to proof Genuity. The work to be done is to prevent network take over by bad players. It has been found that PoW consumes a lot of energy. This is because, as the network grows so do miners. And as the number of miners increases so also the complexity of the calculation to be solved by the computer. Apparently, this needs a lot of computing power which has been seen not to be eco-friendly.

Proof or Stake consensus model creates new tokens and confirms transactions when users lock some tokens in specialized wallets. In essence, users under this model earn more tokens according to the number of tokens staked or locked by users. This model may favor people with more tokens which may inform hoarding of tokens which are supposed to be in circulation. Ethereum will take years before it finally achieve the full migration into the PoS model.

Tron, on the other hand, uses the Delegated Proof of Stake model. This model allows 27 Super representatives (SRs) to be voted. These representatives confirm transactions and create new tokens. The SRs are voted based on their works in the network, like how many projects they sponsored etc. The blockchain has a constant number of tokens that need to be locked to become a witness or representative. This makes it better than the PoS model.

These are some aspects of the Tron blockchain that makes it attractive and sure, the reasons why The Currency Analytics Team are considering migration to the new blockchain. It is important for all community members to know these differences so they can truly understand the push behind the poll. After the pool on the Telegram, TCA moved the poll to their Twitter audience through their post on twitter. It is important to them that most of the community vote whether to move to Tron Blockchain or not. You can also vote in the poll below:

During the #TOKEN2049, TRON / BTT offered US to migrate the $TCAT token from the #erc20 to the #TRON blockchain.

What do you think about it? Should we do it?@Tronfoundation or @ethereum that is the question…… @KennethBosak you told me yes right…

The Currency Analytics present authentic and up to date news to its readers while they fight against fake news through its REAL protocol. The TCAT token is listed in different crypto exchanges and can be tracked on CoinMarketCap.

Would you use a Smart Wedding Contract on the Blockchain? The Pros and Cons