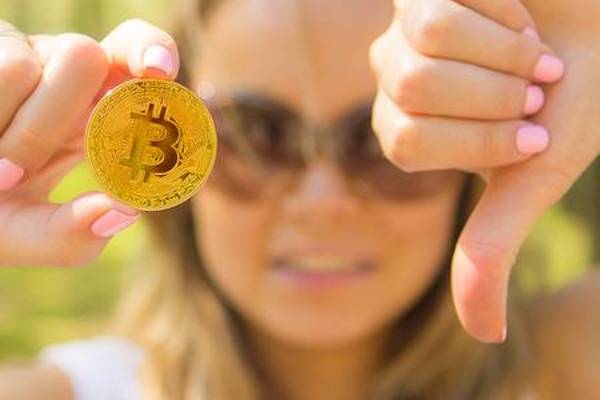 But there is a catch, as vast and great as these applications may seem, the blockchain technology is not without some faults. There is nothing without a fault. But it is important that anyone willing to associate with or invest in it know the demerits.

One of the best-proclaimed advantages of blockchain technology is pseudo-anonymity. Though you can see all the details of a transaction i.e. the amount, time stamp, sender address, and recipient address, the true identity of the sender or receiver is not shown. All you see from the chain explorer is just the transaction hash and the address, no name attached. Since the name or location of the sender and receiver are not shown, then it is possible for the tech to be used for fraudulent acts. It has been found that terrorists now leverage cryptocurrency to send and receive funds. You can imagine how easy it will be for drug dealers to send and receive payments in BTC or ETH. There is no law that will stop them.

Transactions on the blockchain are unchangeable. It will take two-thirds of the nodes on the bitcoin network to agree to be able to change or reverse a transaction or at least 51% of the network. This is almost impossible to achieve even for bitcoin blockchain (we only hear of possibilities of failure). Most blockchains are also designed to follow the same principle as bitcoin. The difference is the consensus algorithm.

For blockchains that run smart contracts like Ethereum immutability is a great disadvantage for parties who want to agree for an assignment completion- an example was DAO. This is not to be confused, immutability has a great advantage in the security of transactions. Smart contracts once deployed on-chain are seen as transactions which cannot be reversed, hacked or deleted. This means that the content of a smart contract remains permanent and resistant to edits.

Take for example, Party A agree with Part B to complete an assignment. Both parties sign a smart contract with their private key. The funds to be paid is frozen in Party B’s wallet until the time specified in the smart contract. If peradventure there is a mistake in the smart contract after it is deployed it cannot be changed. Ethereum smart contracts usually do not allow the inclusion of fragment payments as milestones are achieved.

The Blockchain is created to be without a government. Through its operation payments on the blockchain are fast and regardless of borders. Cryptocurrencies are also not taxable as they are not physical assets and mostly with no attachment to any physical asset. This has created concern for many governments.

Because it is without a government regulating it, hackers can easily make away with stolen funds and nothing can be done. There have been many times on the blockchain when hackers stole huge funds from exchanges, the details of transaction for the stolen funds can be seen on the chain explorer but nothing can be done about it. Accounts or wallet’s identity cannot be tracked. This has been a great disadvantage of the technology. There is no feature to freeze wallets or transactions for suspected wallets.

Has the Blockchain and Cryptocurrency been stagnant about these demerits?

There are blockchain technologies that are actively making moves to correct the demerits of the general blockchain. Vechain is created as a real organization with a government model. There are government nodes which make decisions for the whole network. XinFin is said to be the first KYCed blockchain. This means you cannot be a master node holder without confirming your real identity. This is also true for many blockchains today running proof of Stake consensus algorithm. They are making efforts to make smart contracts agreements to be fragmented into milestones.

Be sure to visit The Currency Analytics and FinancialReport24 for more news and articles about cryptocurrency.