Will the Crypto Media ever follow the ethics of Journalism? 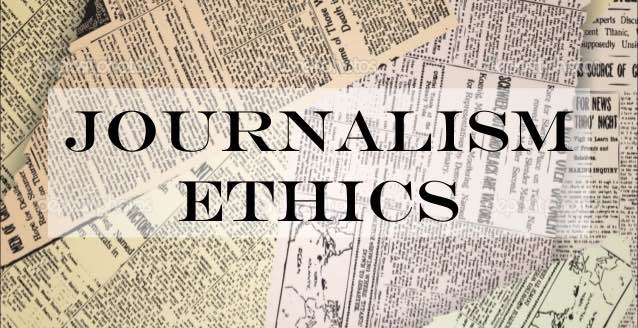 Any report or news that will follow the core principles of journalism has to be true, accurate, independent, fair and impartial, accountable, and do no harm. Reporters should be able to guarantee the truth as well as be accurate to a great extent. Truth should be told without being biased or favoring a side. Even if a reporter is representing an opinion or side, it should be stated clearly so readers can easily ascertain the truth. Reporters should also understand that their reports can do harm to human lives if care is not taken. They should always be careful that their reports do not cause harm. As much as possible each report should quote, reference, and acknowledge the original source of the news they are reporting.

The internet today or say the social media has done so much harm to the codes explained above. Almost every internet or social media user has now become a professional Journalist as they post news which seems to be real but lacks integrity. Most news on social media today lacks originality, they are somewhat fake, biased, and does much harm to the decision making the process of people. We see writers today from all works of life trying to make their opinions known on different matters. They present their opinions in a way to sway people’s opinion or decision by presenting their opinions as news. Opinions are different from real news. Real news presents the reality of an occurrence without mixing it with the personal ideas of the writer. Even if will contain the personal view of the writer, it is clear cut so readers can understand and separate opinions from the news.

Such error as mixing, or diluting real events have negatively affected the crypto space. Investor’s decisions are swayed by the waves of ‘personal opinions’ which are presented as real news. Many crypto writers today do not understand some of the core ethics of journalism to guide their works.

Sydney Ifergan, recently appointed as the new official ambassador of P2PB2B, stated some of the cancer in the lungs of the crypto sphere and the major solution to these challenges. The cryptocurrency sphere must begin to change where they look for when they want to get facts about effects. They must cease to feed on or allow social media posts to be the major source of information for decision making. News website like The Currency Analytics TCA present facts about stories on the cryptocurrency sphere. Professional journalists who understand the ethics of journalism and give clarity in the stories presented. Stories which are personal opinions on TCA are clearly stated so readers can understand.

One major aspect of The Currency Analytics is that it does not just publish any news that seem to be trending per time. It takes a while to confirm or investigate the reality or facts behind trending stories. Editors work behind the scene to present facts to readers. Thus they work always to put fake news out of the crypto media.

All crypto enthusiasts are invited to join the fight against fake news in the crypto sphere by buying into the REAL protocol through the TCAT token. The TCAT has been listed on many exchanges and can be tracked on CoinMarketCap.

An Instant Access to secure and Private Medical or Health Data is needed if the world is going to be better.