Mycontract.co has made Smart Contract Creation and Deployment easy for Non-developers 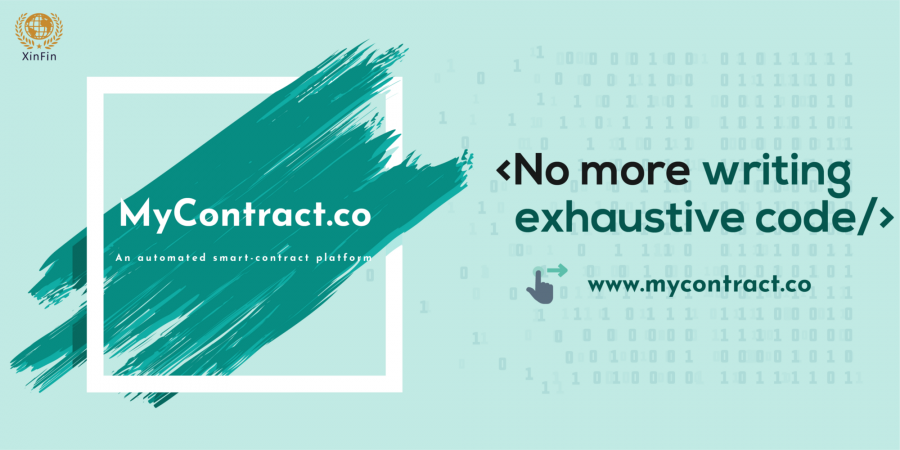 Contract is a legal binding which enforces the terms of agreements between two or more parties. Contracts can be made between individuals, corporation, and government in the presence of a witness who is able to enforce or make sure that the terms listed in the agreement are fulfilled. The witness can be a lawyer or a legal entity. Because of the age we have found ourselves, it has been found that the use of intermediaries or witnesses to enforce the terms of agreements listed in a contract can be disastrous. This is because the terms of agreements that are listed in a contract are meant to be kept secret and are intrinsic to the growth of agreeing parties. The information can be utilized by the intermediary to the detriment of the agreeing parties.

Creating and enforcing the terms of an agreement have a defect when it is to be with parties from different countries or continents. Parties to agree are living in different countries where the laws are very different making it almost impossible to use any legal entity as the witness or enforcer.

Smart contracts are created to cater for the defects in normal contracts. It eliminates all possible intermediaries or witnesses allowing agreeing parties to interact directly. Smart contracts are sets of codes or programs which are designed to serve and enforce the terms of an agreement. With smart contracts, parties from any part of the world can interact seamlessly without the need to build trust. It can be deployed on any network that supports it- as a cryptocurrency. This is to allow anybody who is willing to finance it just as in trade financing.

Creating a Smart Contract- How easy is it?

A major challenge to the creation of smart contract is that it can only be created by a developer. Anybody without the knowledge of certain programming language cannot create a smart contract- it’s just impossible. The challenge has significantly limited the rate of adoption of blockchain technology. It is hard to find a developer and the available charge a fortune for their works.

XinFin created a smart contract creation tool- Mycontract.co which will speed up the rate of adoption of blockchain technology for businesses today. With simple steps, anyone without programing skill can easily create and deploy a smart contract.

How to Create a Smart Contract with Mycontract.co

Mycontract.co has a tool to help with easy interaction with smart contracts which have been deployed. The platform can be used as an ICO launch pad after the identity of the creator is confirmed through the KYC process on the platform.

Find more detailed explanation in the video below:

The Currency Analytics’ TCAT- A smart Contract Deployed on MyContract.co

The Currency Analytics -TCA partnered with XinFin to create a token which is based on the REAL protocol. The smart contract was created using the XinFin’s smart contract creation tool – Mycontract.co. The Currency Analytics has since then seen a lot of progress such as listings on popular exchanges and tracking applications like CoinmarketCap- courtesy of its hardworking team. Sydney Ifergan, the CEO of The Currency acknowledged that ‘…TCA could not have a better partner for its groundbreaking REAL news protocol’

Get to know more about TCA here

The blockchain technology cannot know a sped up adoption unless the processes involved in creating smart contracts and tokens are less complicated like Mycontract.co has made it.

The Blockchain Technology will improve the security of p2p services