Blockstack and Shapeshift Offer a $50K Bounty for a Universal Wallet 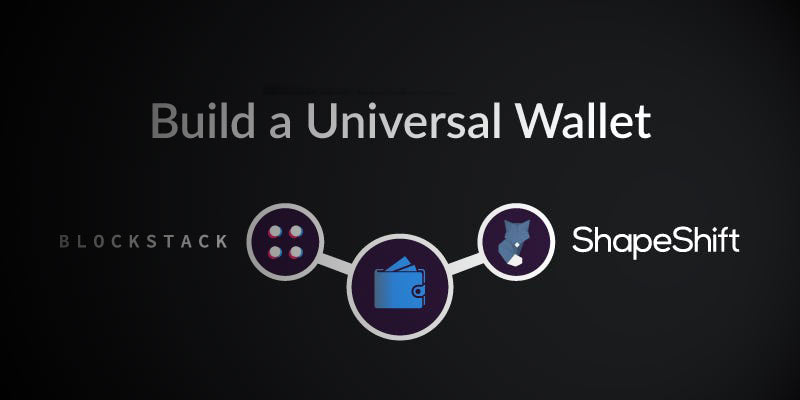 After launching a campaign called Signature Bounties aimed at offering rewards to teams or individuals that build decentralized platforms, Blockstack, formally referred to as Onename, has helped in the production of popular apps so far, including the messaging application called Stealthy.

Blockstack is a company with a network that’s designed to develop decentralized applications. The company hopes to dis-intermediate the applications layer across the internet, and back in 2017; it launched its campaign dubbed Signatures with $25 million behind the project. Blockstack says that the signature bounties are for rewarding software developers who create decentralized applications compatible with its network. Now, the new $50K bounty with Shapeshift will be used for evolving innovations for the entire crypto community, the firm says.

Blockstacks’s Xan Ditkoff explains that “increased collaboration and interoperability between projects will simply hasten innovation and, of course, making every the projects’ atomic units of value easily accessible throughout communities is vital. That is the reason we’re partnering with Shapeshift so we can have an open source wallet for users to exchange and hold most of, if not all their current and also future tokens, in a decentralized manner.”

The official goes ahead to explain that “the Shapeshift teams and our Blockstack Signature Fund shall award $50K to the team or individual that will create the best Open Source Wallet application using Blockstack for its authentication, encryption, and storage as well as Shapeshift’s API for tokens exchange.”

Wallets must support any native tokens

Since the company launched its Signature Bounties, 2 collaborative, decentralized applications utilize the protocol for operation. Information on its website indicates that Graphite is an “encrypted and decentralized replacement for G-Suite that’s offered by Google, but powered by the BTC blockchain and entirely built on Blockstack.” To sign into the decentralized app, users have to use Blockstack’s identity system. A messaging platform called Stealthy is also decentralized and also utilizes Blockstack’s technology. The messenger can also be used as a Graphite plugin.

The decentralized wallet application bounty initiated by Blockstack and Shapeshift began two days ago. Its deadline is 25th June 2018. The universal wallet application has to be open source, and it has to use Blockstack’s encryption and Shapeshift’s API. Moreover, the wallet must also support custom tokens. The app is going to be judged on various aspects including submission requirements, its creativity as well if it is simple enough for any user to navigate and adopt.

An announcement released by Blockstack reads: “Shapeshift, the top instant digital assets exchange makes a great and ideal partner for this bounty that’s geared towards drastically reducing the barriers for users to exchange, hold as well as add new tokens. Shapeshift has done so much already to lower these barriers, but it can go even further.” The announcement proceeds to emphasize that “the wallet has to have support for any users’ native tokens, including those that are yet to be developed. It should also be easy and simple to use so that a user may have all their tokens supported without necessarily getting back and forth among different services or wallets.