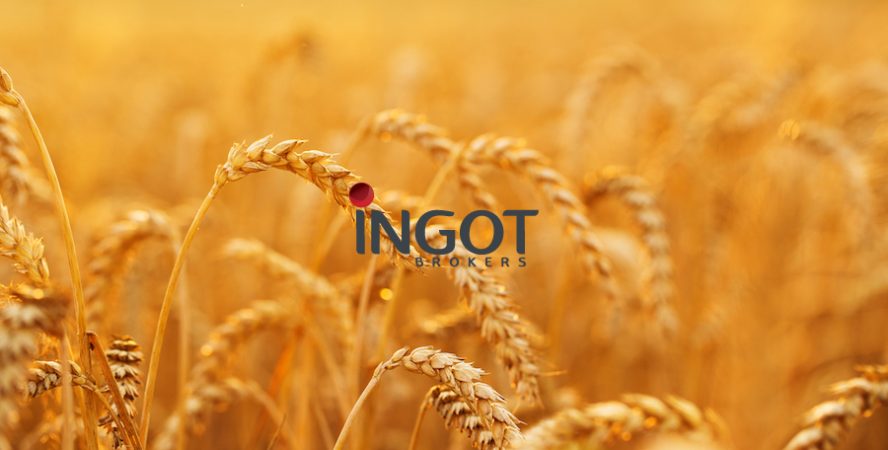 Grain commodity futures’ ended higher on Friday’s session, after the United States Department of Agriculture’s production and supply data, in addition to some short-covering.

Regarding the weather, across the central of the United States, the weather is expected to continue cooler through the weekend and into the upcoming week, also some rain is anticipated through the latest five-day forecasts.

On the energy front, WTI Oil prices rose on Friday’s session to close at 71.50 USD per barrel and currently rose to trade at 71.66 USD per barrel at 7:40 GMT as geopolitical tensions over the disappearance of the Saudi Arabia’s journalist stoked worries about supply.

CBOT Wheat December futures were trading higher on Friday’s trading session after a round of short-covering to end the session at 5.16-1/4 USD per bushel, and currently trading at 5.16 USD per bushel at 7:40 GMT.

FranceAgriMer, the French consultancy, estimated that the country’s 2018/2019 crop of soft Wheat planting reached 15 percent complete as of the 8th of October.

Meanwhile, Wheat export shipments counted for 18.5 million bushels last week. The Philippines continues to be the leading destination for the United States’ Wheat export commitment since the beginning of 2018/2019 marketing year, reaching 15 percent of the total.

Initial volume estimates fell moderately from Thursday’s count of 107,718 CBOT contracts to settle down at 70,906 CBOT contracts at the end of Friday.

In mainland China, during an auction on Friday, the country sold 25.9 million bushels of its state reserve of Corn, which was 16.4 percent of its total available for sale.

CBOT Soybean November futures higher on Friday’s session to end the session at 8.67-1/2 USD per bushel due to a positive WASDE data, while currently trading lower at 8.65-1/4 USD per bushel at 7:40 GMT.

Grain commodity futures’ ended higher on Monday’s session, after a bullish round of export data that was enough to significantly rise Soybean prices by around 3 percent.