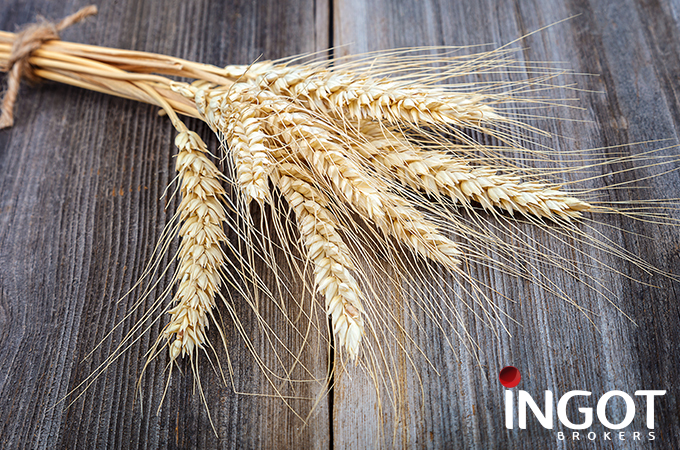 In weather news, expectations show above normal across much of the central U.S. over the next several days in the central U.S. Moreover, NOAA anticipates rainfall in a band stretching from North Texas through Wisconsin.

Oil prices rose on Tuesday session to settle at  $69.71 per barrel and rose on today’s session to trade at $69.98 per barrel at 7:00 GMT as markets shrugged off trade tensions.

Meanwhile, Brent Oil traded higher on Tuesday’s trading session to close the session at USD 78.82 a barrel but rose on today’s session to trade at USD 79.01 a barrel at 7:00 GMT.

CBOT Wheat December futures rose on Tuesday’s trading session, wheat Futures ended the session in the green at 5.10 USD per bushel, and currently trading at 5.13-3/4 USD per bushel at 7:00 GMT.

In harvesting news, Spring wheat harvest is now 97 percent complete, That pace is in line with 2017’s pace of 98 percent and ahead of the five-year average of 92 percent.

CBOT Soybean November futures fell on Tuesday’s session; prices were pressured by trade worries with China. Soybean futures ended the session down at 8.13-3/4 USD per bushel and currently fell to trade at 8.16-2/4 USD a bushel at 8:00 GMT.

USDA crop progress report moved the crop from 68 percent rated good-to-excellent to 67 percent. While 23 percent of the crop is rated fair with the remaining 10  percent rated poor or very poor.

The U.S dollar was little changed against other global currencies on Tuesday, amid rising trade tension between Washington and Beijing